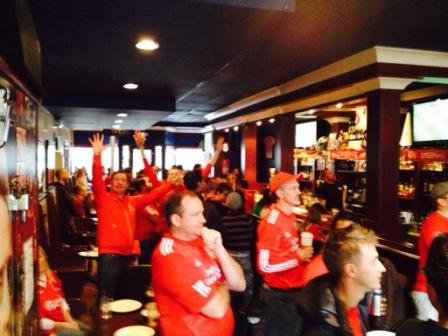 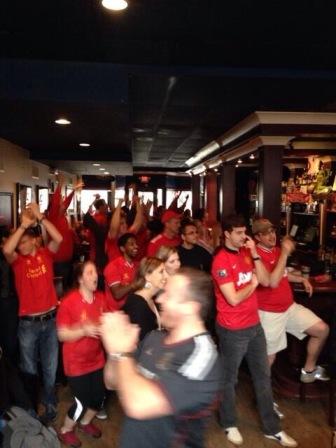 The below link will show the video of LFC Raleigh singing “You’ll Never Walk Alone” at the London Bridge Pub immediately following the 0-3 victory for the Reds over Manchester United at Old Trafford.  Happy Days!!!!

During the Manchester United match, we later learned that local TV station WHIG-TV out of Rocky Mount did a small segment about the huge match.  Please excuse the poor quality video, but click on the link below to see LFC Raleigh in action!!! 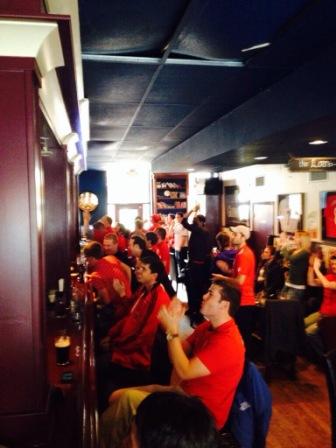